We are excited that our Bento Modern Fire Pit is “The Thing” in the November Issue of Toronto Life. The caption, written by Emily Landau, captures the zeitgeist of the outdoor fire pit’s growing popularity and Torontonian’s love of the urban outdoors. It reads:

It’s every Torontonian’s birthright to kvetch about the early onslaught of winter. This year, the city has latched onto something to stave off the season’s menacing grip: the backyard fire pit, a simple (almost paleolithic) invention that makes outdoor merriment feasible—complaint-free—for a little longer. Khai Foo, the designer and pyro enthusiast behind Paloform—whose flame-filled showroom in Corktown is worth seeing for the fiery spectacle alone—turns the camp and cottage staple into a sleek, patio-friendly hearth that’s distinctly urban. The crisp, angular lines of the Bento (the popular unit above) are set off by a brilliant open flame, fuelled by clean-burning natural gas or propane and radiating up to 60,000 BTU (for the record: that’s pretty hot). It’s available in six colours, each made to order from hand-cast concrete and topped with Japanese lava rocks—the kind found in Zen gardens—or basalt river rocks. It’s as much a conversation piece as anything—a happier topic than how frickin’ cold it’s getting.” 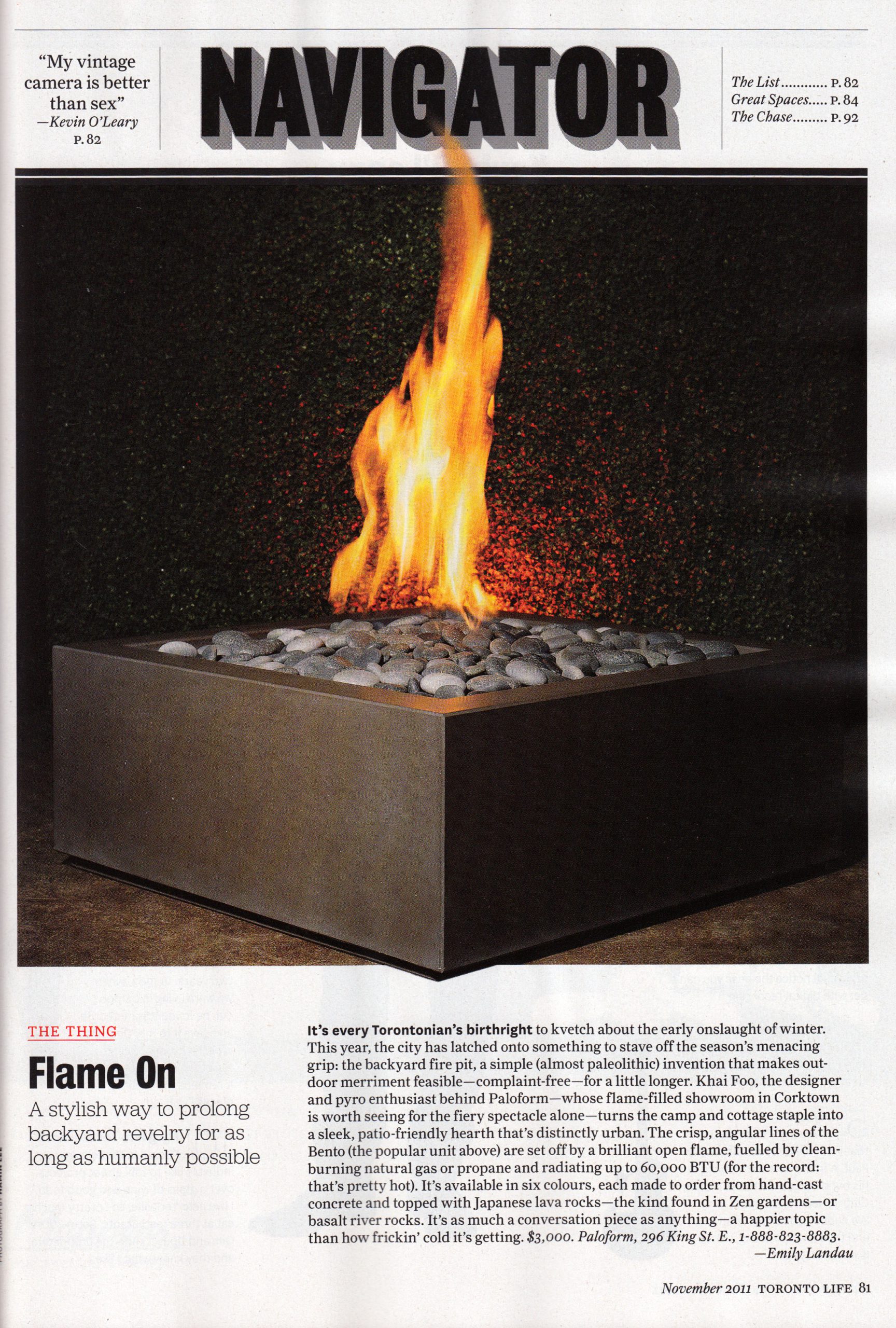